Seasonal differences, different climatic zones – your products must be able to withstand a variety of temperatures during manufacturing, transport, storage and use. The Weisstechnik® Climate Test Chambers ClimeEvent help you to test the influence of temperature and humidity on the properties, function and lifespan of your products. Reproducible, certified and under accelerated conditions.

ClimeEvent climate test chamber, the world first from Weisstechnik®, is setting standards in the fields of performance, future-proofing and usability. A new refrigerant that deceeds tomorrow's standards already today ensures high future-proofness, making ClimeEvent extremely eco- and user-friendly. Optimised air guidance delivers best-in-class performance. The innovative WEBSeason® user interface allows you to program, control and monitor your tests at any time and anywhere – even from your tablet or smartphone. 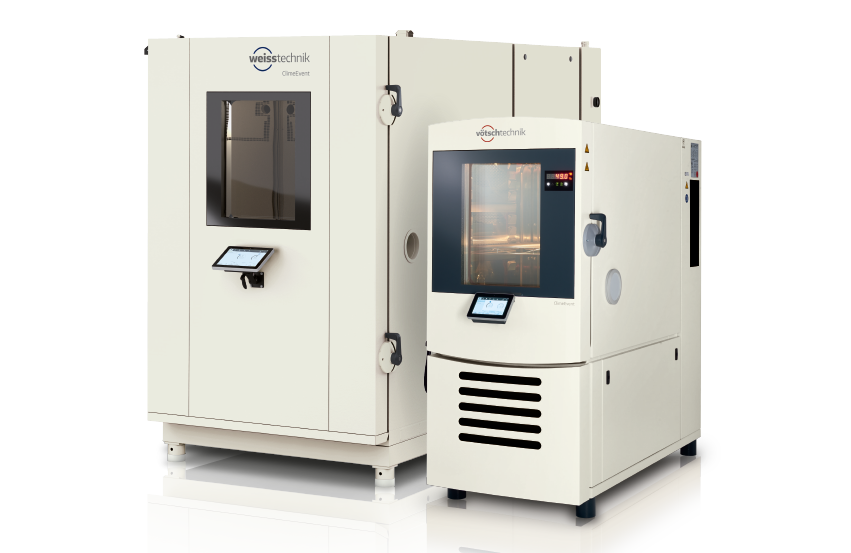 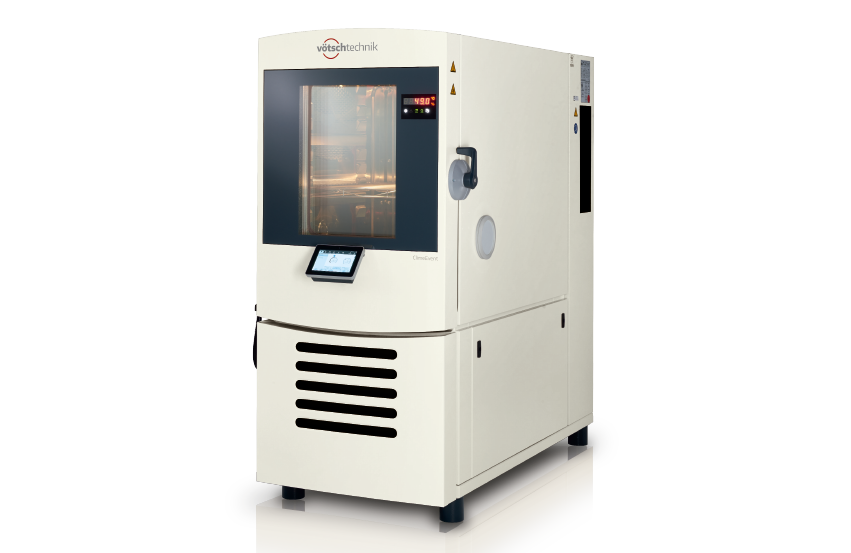 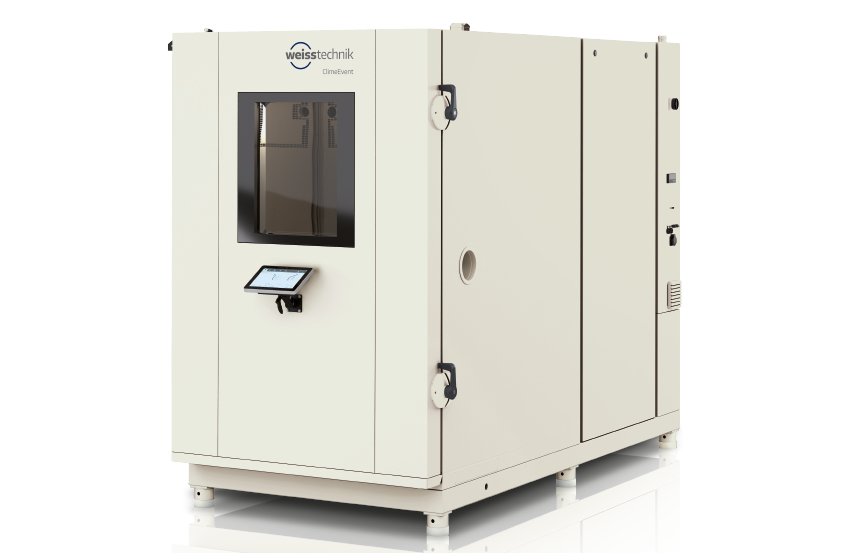 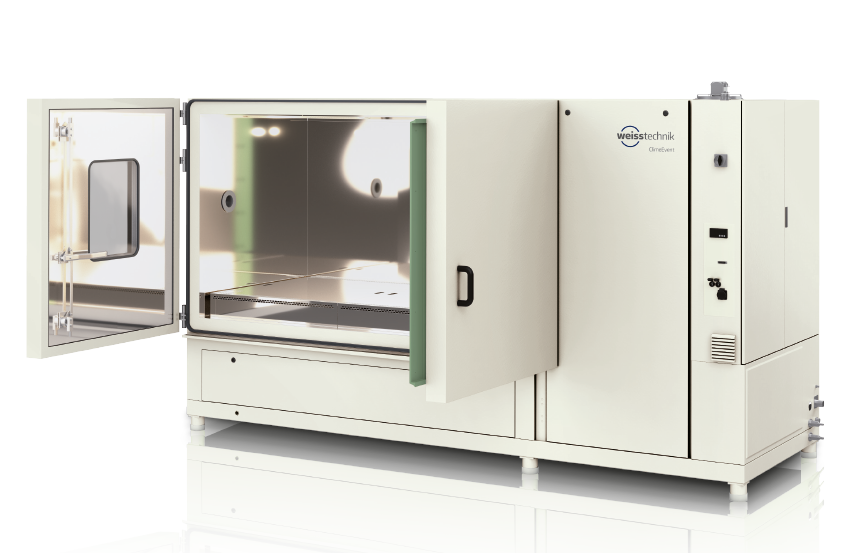 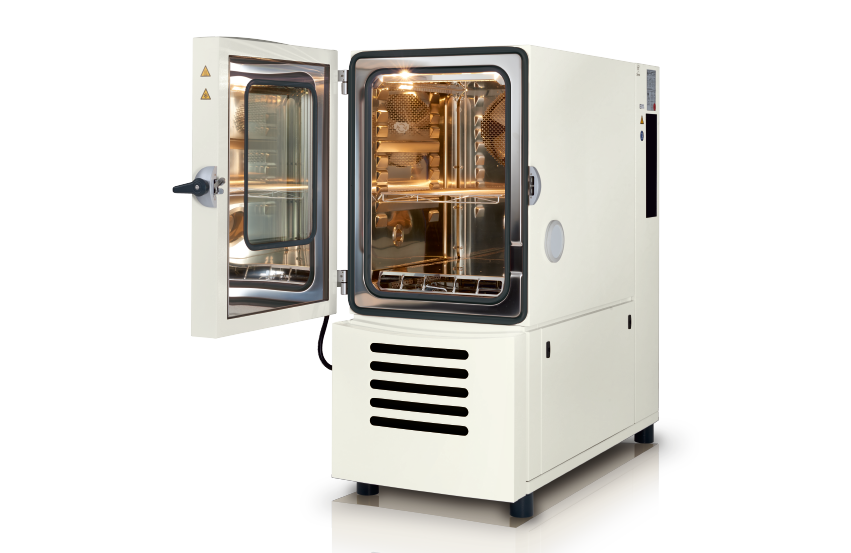 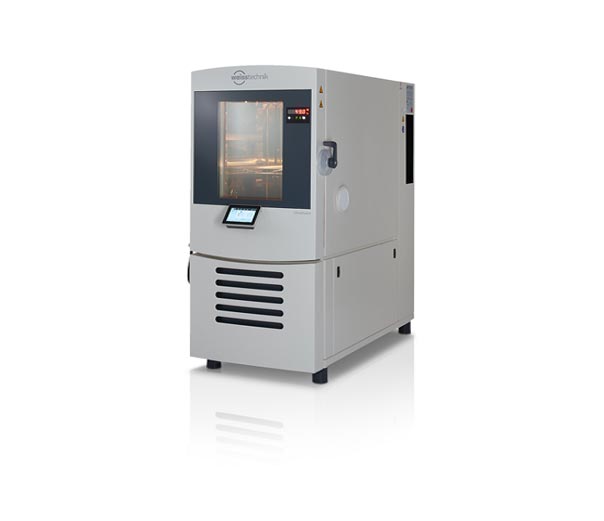 Why the ClimeEvent Climate Test Chamber

The ClimeEvent Climate Test Chamber satisfies all Australian electrical and safety approvals with its CE Approval. Australia and New Zealand typically requires C Tick or CE approval for all electrical instrumentation, including test chambers. This guarantees you of its electrical safety and suitability for using in industrial applications. All Test Chambers distributed by Simultech have CE Approval, however this is often not the case for cheap Chinese brands. In the world of test chambers you get what you pay for. The ClimeEvent is our highest quality Test Chamber.

The design of all Weiss Technik Climate and Thermal chambers is optimized to provide for optimal air circulation and thermal stability that ensure your specimen is heated and cooled in a uniform manner. This is critical in order to prevent thermal gradients across your specimen leading to testing errors.

If you are testing products, which have a heat load (emit heat), then having a chamber that is able to cope with a high heat load is crucial, otherwise you may simply not obtain the low temperature performance required or your temperature ramp down rate may be significantly reduced, well below the specs of the chamber. All ClimeEvent Test Chambers are rated to satisfy a specific heat load range which varies from 2000W to 6000W depending on the specific chamber.

The window used in the ClimeEvent Climate Test Chamber consist of 5 panes of glass, providing superior insulation, the windows are large and the product is easily seen, most importantly all windows are heated around the outside of the frame, which helps to eliminate fogging.

Weiss Technik has even considered small things such as lighting, many other brands of chambers have lighting in their front door, great when the door is closed, however as soon as the door is opened your specimen is no longer lit, Weiss Technik ClimeEvent chambers have lighting located in the test space, providing clear illumination of your specimen whenever you wish.

Another small but important feature of the ClimeEvent is the design of its internal ceiling, condensation will often occur in climatic tests, the ClimeEvent's chambers has a roof design which eliminates condensate dripping onto your specimen. Weiss Technik Climate and Temperature chambers also use a unique double ceiling and floor design to facilitate air flow and thermal homogeneity in the chamber, many other brands don’t. The floor element also protects the specimen from condensation water forming on the chamber floor.

Relative Humidity control in the ClimeEvent chambers is controlled by a water bath, this bath features both heating and cooling, which provides improved relative humidity control. Even more important is that this methods helps to eliminate freezing of ice within the chamber. This can happen for lower quality chambers when performing low relative humidity and temperature measurements. There is little worse than having to interrupt an extended test to defrost your chamber. Weiss chambers guarantee continuous frost free operation!

Weiss Technik’s chambers have a very wide RH/T range, 10-98% RH, (-70 to 180 deg C or -40 to 180 deg C) the components selected for use in the chamber design enables this very broad range. Weiss Technik’s climate chambers use a high performance psychometric sensors that provides high accuracy measurements across the entire RH range. This sensor is mounted in the front of the chamber for ease of maintenance.

The use of a thermally controlled humidity water bath provides a colder surface in the chamber which helps eliminate freezing of ice on the evaporator coils, when performing low temperature tests. This is a common problem with some competitors’ chambers.

The ClimeEvent climate chambers feature two temperature sensors one on the inlet and another on the outlet air. The special optional cascade feature allows you to set the maximum temperature difference between these two sensors eliminating over heating or cooling of your specimen.

Easy programming and the ability to load programs remotely offers clear advantages. All Weiss Technik chambers feature an onboard webserver, enabling you to connect the chamber via TCP/IP to your local network, and if configured with an externally viewable IP address you can even access your chamber using your tablet or phone.

An inbuilt A/D IO card enables you to measure and log temperature of your specimen (option), provide the ability to control other devices or have the chamber controlled by other devices Option

Simpati Software (optional) is the Weiss Technik solution to automate your Lab, manage your test resources and consolidate process data, including data from other systems and/or the specimen in one location. Features include:

Some brands of chambers are easier to maintain than others, some can be tricky and have replaceable components that are difficult to replace without pulling the chamber apart. A great deal of thought has gone into the Weiss Technik chambers and their ability to be easily serviced.

Weiss Technik chambers use an advanced system to track the load of the chamber and components so that parts replacement can be scheduled on the actual wear and tear rather than just on operating hours.

This system allows for preventive maintenance while significantly reducing the risk of any downtime.

As an example our Relative Humidity Psychrometer sensor is mounted at the front of the chamber, enabling its wetted sock which needs to be replaced every few months, to be easily accessed and the sock replaced without having to remove product from your chamber.

The psychrometer wick/sock used in our chambers if force fed, meaning that water flows through it, this prolongs the life of the wick/sock, helping to prevent contamination from building upon it and deteriorating its performance. This is one example of many that facilitate ease of maintenance.

Our service centre in Melbourne stocks an extensive range of spare parts and consumables. In the unlikely event of your chamber experiencing a fault our service team will typically have your chamber up and running within a week and often within 48 hours, depending on your location and the nature of the problem. 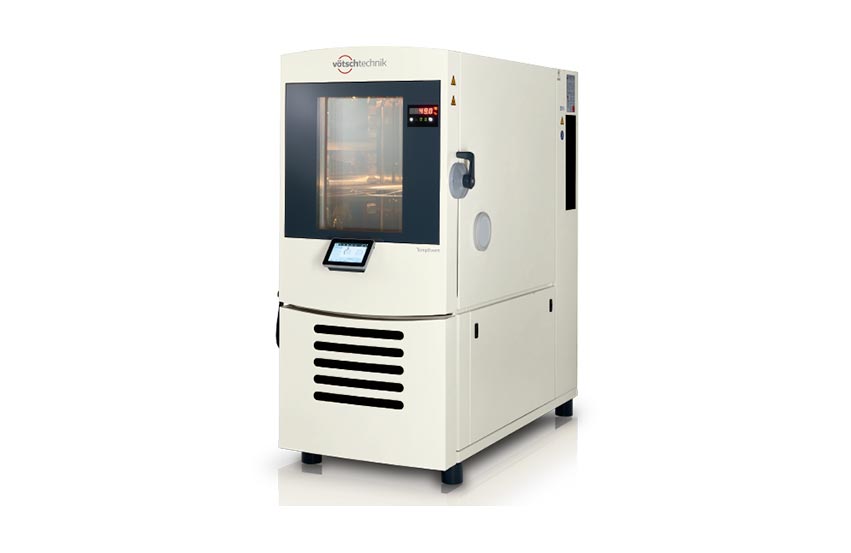 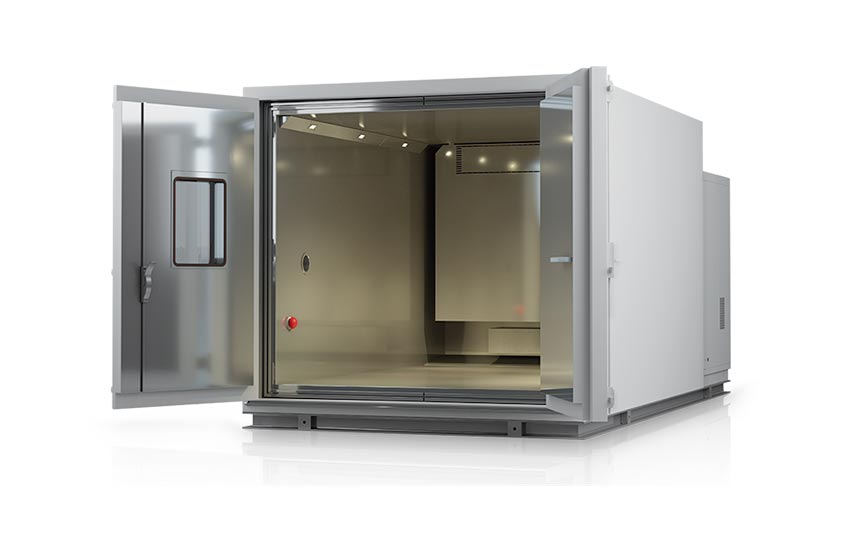 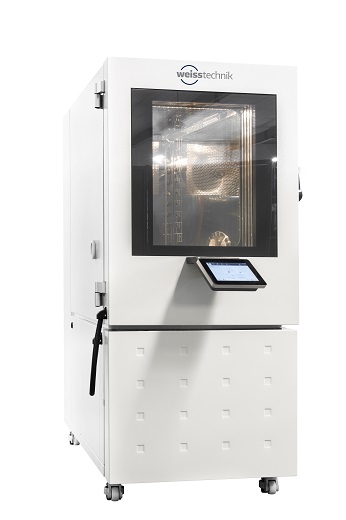